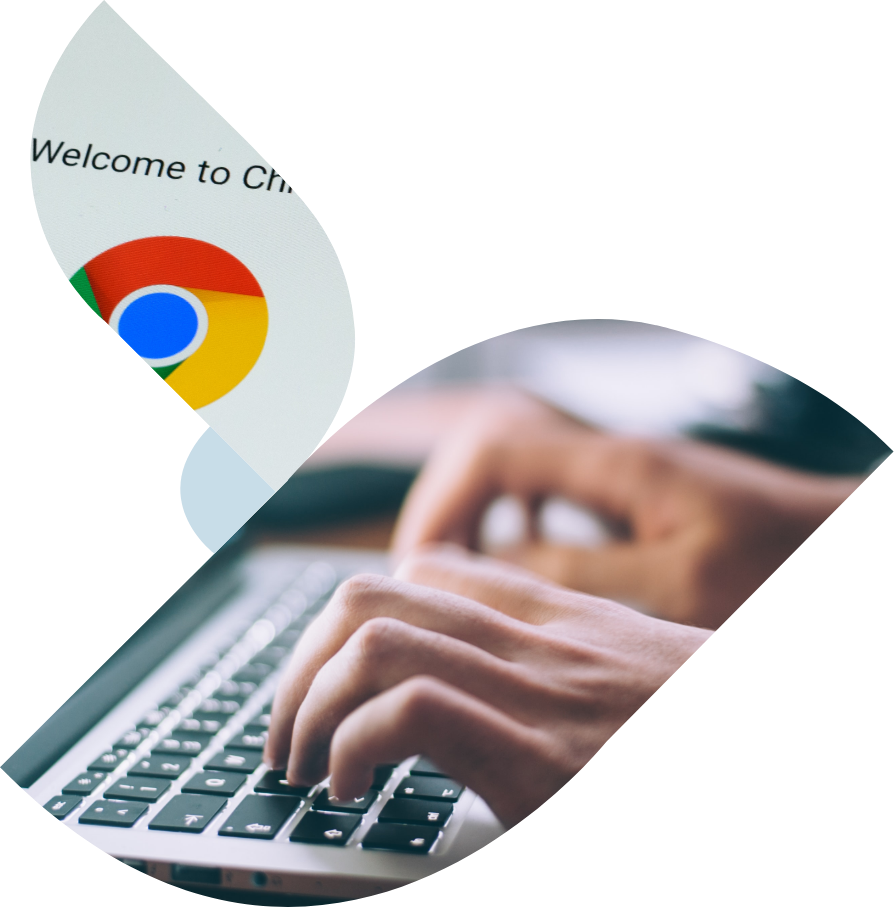 At CareerSpring, we are committed to preserving and protecting the privacy of user information. For this reason, we’ve partnered with Vault-Firsthand – a trusted leader in providing comprehensive on-line career engagement and advising services for millions of students across America. Because both CareerSpring and Vault-Firsthand value trust and always doing what is right for communities, the following practices are honored:

Champ Warren is a Managing Director and senior partner on one of the largest Private Banking teams in the Southwest region of Merrill Lynch. Champ has thirty-one years of experience specializing in wealth management, corporate finance and business succession planning. He has been recognized by The Financial Times, Forbes, and Barron’s as one of America’s top wealth management advisors. Prior to joining the Private Bank, he co-managed the firm’s Business Finance Group in Houston. Prior to joining Merrill Lynch, Champ worked as a banker in the Middle Market Lending Group of First City Bank (now JPMorgan Chase & Co).

Champ is a founding member of the Merrill Lynch National Advisor Growth Network and a national representative on the Merrill Lynch Advisory Council to Management. He has received several accolades including Barron’s Top 50 Private Wealth Advisory Teams in America. He was also recognized by the Chairman of Bank of America as a Global Diversity and Inclusion Award Winner. Champ’s community and charitable efforts have supported organizations such as KIPP Texas Public Schools, Strake Jesuit College Preparatory, Cristo Rey Jesuit Houston, and many more.

Champs holds a Bachelor of Business Administration in Finance from The University of Texas at Austin.

Peter Tumminello is group president of Commercial Businesses for Southern Company Gas (formerly AGL Resources). In this role, he is responsible for all operations outside of the regulated entities, including wholesale services, retail energy, and all midstream businesses including pipeline investments and gas storage. Peter also serves on the Board of the Southern Company Gas Foundation and is a member of the company’s management council.

Prior to joining Southern Company Gas, Tumminello was Vice President of Energy Supply for Green Mountain Energy Company, and he worked for TPC Corp and ARCO Oil and Gas Company in capacities of energy marketing, storage and transportation, asset management, petroleum engineering, finance and planning, and project evaluation. With more than 30 years of experience in the energy industry, Tumminnello joined the executive management team of Sequent in August 2003 as Vice President of Asset Management and Origination and has held several positions that have increased his roles and leadership responsibilities throughout the organization. He is also an advisory board member for Cristo Rey Jesuit Houston.

Tumminello holds a Bachelor of Science in Petroleum Engineering from Louisiana Tech University and a Master of Business Administration from the University of Southwestern Louisiana.

Prior to embarking on a career in the private sector, Kevin served as a PATRIOT missile battery launcher platoon leader in Germany and Saudi Arabia during the First Gulf War. A native of Indianapolis, Indiana, Kevin is married to Kathryne Reeves and is the father of a daughter Camille (18) and a son Kevin Wiley (16). Kevin currently resides in New Albany, Ohio and is involved with several community and charitable organizations. He currently sits on the boards of KIPP Columbus, Rev1 Ventures and The Columbus Metropolitan Library. He is also a past president of the Columbus Academy Board of Trustees.

Kevin holds a Bachelor of Science in Management from the United States Military Academy at West Point and a Master of Business Administration with a concentration in finance from The Wharton School of the University of Pennsylvania.

Deborah D.E.E.P. Mouton is an internationally known writer, educator, activist, and Poet Laureate Emeritus of Houston, Texas. Formerly ranked the #2 Best Female Poet in the World, she was the founder of Houston VIP Slam – the longest running poetry slam venue in Houston, Texas. Currently, as the Executive Director of VIP Arts Houston, Deborah seeks to build more bridges that amplify the voices of artists in and around the nation.

Deborah’s work has appeared in Houston Noir by Akashic Press, Black Girl Magic by Haymarket Books, Fjords Journal, Crab Orchard Review, and on such platforms as NPR, BBC, ABC, Blavity, Upworthy, and TedX. A fellow with The Writer’s Hotel and The Poetry Foundation’s Poetry Incubator, D.E.E.P.’s collaborations with The Houston Ballet, The Houston Rockets, and the Houston Grand Opera have opened new doors for performance poetry. As a finalist for Texas State Poet Laureate, a Kennedy Center Citizen fellowship, and the prestigious Breadloaf Retreat, her work has been highlighted and studied in Canada, England, New Zealand, and Germany.

Rob Metzger is a Clinical Assistant Professor of Finance, the Director of the Investment Banking Academy, and the Faculty Director of the Business Honors Programs at the Gies College of Business at the University of Illinois at Urbana-Champaign. In addition to his roles at Gies Business, he also serves as a Senior Advisor to Mission OG, a Philadelphia-based investment firm, and is a member of the Board of Directors of South Mountain Merger Corp., a special purpose acquisition corporation, and Payroc, LLC, a privately held payments processing business.

Previously, Rob was a Partner at William Blair & Company, L.L.C., where he held several leadership roles, such as the head of the Technology group and the head of the Financial Services Investment Banking Group. Prior to joining William Blair, Rob worked in the Investment Banking Division of ABN AMRO Incorporated, in the Financial Institutions Group at A.T. Kearney, Inc., and in the Audit and Audit Advisory Services at Price Waterhouse.

Rob holds a Bachelor of Science in Accountancy from the University of Illinois at Urbana-Champaign and a Master of Business Administration with concentrations in Finance and Strategy from Northwestern University’s Kellogg School of Management.

Aileen McCormick is a retired healthcare executive with over 30 years of experience in commercial and Medicaid managed care. She is a recognized leader in all operational aspects of managed care and has built and led teams of professionals with a particular emphasis on professional development. Aileen is experienced in implementing complex managed care programs in new states as well as expansion of programs in existing states, having served as the CEO of Amerigroup Texas and later the CEO of Amerigroup’s Western Region until her retirement in 2015.

Aileen has served on the boards of the University of St. Thomas Cameron School of Business and the Nature Discovery Center. She is currently the board chair of Strake Jesuit College Preparatory, the President of the Mary Ann Wallace Scholarship Fund and a Board member of 180 Health Care Partners based in Nashville, TN. She has spent extensive time volunteering since her retirement, particularly at Cristo Rey Jesuit College Preparatory School of Houston.

Aileen holds a Bachelor of Science in Business, Management, Marketing and Related Support Services from Montclair State University and a Master of Business Administration in Finance from The University of St. Thomas.

Catherine is a Managing Director at CRA, Inc., providing leadership coaching to executives in Financial Services, Fintech, Commodities, Professional Services and the Non-Profit sectors. Previously, she has held numerous executive leadership positions, including that of CEO at Pefin, Managing Director and Head of Commodity Derivatives, Foreign Exchange and Emerging Markets Sales and Trading for the Americas at BNP Paribas, and Chief Marketing Officer of J.P. Morgan. She brings decades of experience in business and strategic growth, innovation, talent development, regulatory affairs, diversity and inclusion, and more.

A leader in Financial Services, Catherine is currently on the Advisory Board of Jai Kisan (India), Darisami (Mauritius), Parameter Insights (Canada), and the Living Centerline Institute (US). A long-time champion of diversity, Catherine has also served on the J.P. Morgan Investment Banking Inclusive Leadership Council as well as on the J.P. Morgan Chase Diversity Council. Catherine has also worked with several non-profit organizations. She is currently on the board of Cristo Rey Brooklyn, as well as on the Wall Street Advisory council for the Texas A&M business school.

John England is a senior partner in Deloitte’s oil and gas division, leading relationships with some of the organization’s largest clients. He previously served as the U.S. Oil & Gas leader for Deloitte LLP across all businesses, including consulting, risk and financial advisory, audit, and tax services. Prior to taking over his industry leadership role, John led the energy trading and risk management practice for Deloitte where he helped organizations solve challenges related to business model, risk management, and performance measurement.

John is a frequent author and speaker for energy industry topics and has been interviewed by the Wall Street Journal, Financial Times, CNBC, BNN, and Bloomberg Radio. John has also appeared before groups such as the American Petroleum Institute, American Gas Association, Edison Electric Institute, and Texas Society of Certified Public Accountants Energy Conference, among others. He currently serves on the National Petroleum Council as well as on the Board of Directors for the Southeast Texas chapter of the Alzheimer’s Association and the Houston Chapter of the World Affairs Council.

John holds a Bachelor of Business Administration in Accounting from Stephen F. Austin University and is also a Certified Public Accountant in the state of Texas.

Bill Cartwright is a former professional National Basketball Association (NBA) basketball player and Head Coach of the NBA Chicago Bulls. As a California native, Bill attended and played college basketball at the University of San Francisco. Eventually, Bill would go on to play 16 seasons with the NBA’s New York Knicks, Chicago Bulls and Seattle SuperSonics, ultimately winning 3 NBA championships. Later, Bill became an NBA coach for various teams and won 2 more NBA championships. Bill is a passionate leader and always looks for ways to support nonprofit organizations, player development, coaching, sales, and entrepreneurship. Since April 2016, Bill has been working at his alma mater as their Director of University Initiatives.

Bill holds a Bachelor of Arts in Sociology and a Master’s degree focused in Organizational Development and Human Resources, both from the University of San Francisco.